Yaron Ezrahi studied political science and philosophy at the Hebrew University of Jerusalem and holds a PhD from Harvard University. He has served as an advisor on science policy to the White House, the U.S. National Academy of Science, the OECD (1969 1970), the Israeli Academy of Science and Humanities (1973 1983) and the Carnegie Commission on Science (1992). He is the recipient of a National Jewish Book award and of the Israeli Political Science Association's Prize for Life Work (2009). He has been a member of the Hebrew University faculty since 1972. Other appointments include a fellowship at the Center of Advanced Studies in the Behavioral Sciences at Stanford University and visiting professorships at the University of Pennsylvania, Duke University, Harvard, Princeton, ETH Zurich and Brown University. His works include The Descent of Icarus: Science and the Transformation of Contemporary Democracy; Technology, Pessimism, and Postmodernism (edited with Everett Mendelsohn and Howard Segal); Rubber Bullets: Power and Conscience in Modern Israel; and Israel Towards a Constitutional Democracy (with M. Kremnitzer). He is a co-founder and board member of The Seventh Eye, Israel's leading journal of press criticism in Hebrew. His work has also appeared in Minerva, Science Studies, Social Research, Inquiry, Foreign Affairs, Transactions of the New York Academy of Sciences and The New York Times Magazine. 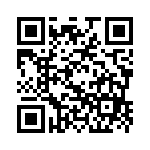