Mick Tubbs was sent out to Australia from England in 1950 as a 15-year-old 'child migrant', was imprisoned in Yasmar children's jail within weeks, then sent to the bush as an agricultural labourer. He worked as a factory labourer, and as a trade union and political activist before becoming a full-time organiser for the Communist Party of Australia. He was also an education activist, and is a Life Member of the Parents and Citizens Federation. In 1979, at the age of 44, he graduated in Law with First Class Honours from Macquarie University, and became a successful barrister at the Sydney Bar until he retired in 1998. Mick then became an oenologist/vigneron with his partner and wife Muriel, only to retire again after Muriel's death. Mick published ASIO: The enemy within in 2008, and is also working on his memoirs. 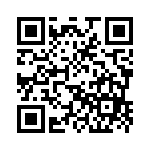