J. Hoberman is the author, co-author, or editor of a dozen books, including the trilogy The Dream Life, An Army of Phantoms, and the forthcoming Found Illusions (all from The New Press) and Film After Film. He has written for Artforum, Bookforum, the London Review of Books, The Nation, and the New York Review of Books; contributes the "On Video" column for the New York Times; has taught cinema history at Cooper Union since 1990; and was, for over thirty years, a film critic for the Village Voice. He lives in New York. 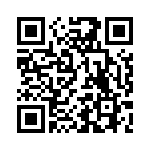