Robert R. Ingpen was born in Geelong, Australia on October 13, 1936. He began studying illustration and book design at The Royal Melbourne Institute of Technology. He has written and/or illustrated more than 100 books including versions of The Wind in the Willows, The Jungle Book, A Christmas Carol, and Treasure Island. In 1986, he was awarded the Hans Christian Andersen medal for his contribution to children's literature. 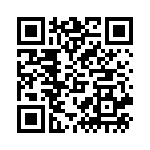