Ian McFarlane is a Melbourne writer and music historian. He has been a freelance rock writer since 1984 working for magazines such as Juke, Hot Metal, The Edge, and From The Vault. He is currently a contributor to The Australian and has been writing specifically about Australian rock for 10 years. Recently he has been self publishing his own magazines Prehistoric Sounds (Australian Independant Music 1976 - 1990) and Freedom Train (Australian Progressive Rock 1970 - 1976) which are dedicated to examining the history of specific periods in Australian music. 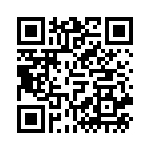