Joanna Scutts is the inaugural Andrew W. Mellon Foundation Postdoctoral Fellow in Women's History at the New-York Historical Society and a contributor to the New Republic, the Guardian, and other publications. She lives in New York. 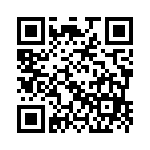