A brief (I read it in one sitting) but thorough book making the focused point that the end of the Western Roman Empire was, in fact, violent and calamitous, a once-orthodox position now increasingly ... Read full review

Does the absence of pottery, roof tiles, coinage, and the lack of literacy prove the fall of Rome was also the fall of civilization. This author makes a convincing case that the Dark Ages were in fact a miserable time to be alive. It was not a simple bucolic existence that some have claimed. Read full review

Bryan Ward-Perkins is a lecturer in Modern History at the University of Oxford, and Fellow and Tutor in History at Trinity College. Born and brought up in Rome, he has excavated extensively in Italy, primarily sites of the immediate post-Roman period. His principal interests are in combining historical and archaeological evidence, and in understanding the transition from Roman to post-Roman times. A joint editor of The Cambridge Ancient History, vol. XIV, his previous publications include From Classical Antiquity to the Middle Ages, also published by Oxford University Press. 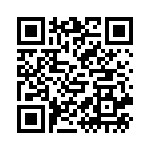