Philippe Halsman (1906-1979) was born in Latvia but established his career in Paris in the 1930s, quickly becoming one of the country`s most famous portrait photographers. In 1940, he emigrated from France to the United States, where his career promptly soared as he began working for LIFE magazine, photographing such stars as Marilyn Monroe and Brigitte Bardot and completing a record 101 LIFE covers. His original style of portraiture brought a candid feeling to even the most elaborately posed photographs; Halsman had a keen talent for finding ways to capture the psychology of his subjects, often revealing hidden depths of their personalities. For his famous "jump" series, he photographed his subjects--including President Nixon and the Duke and Duchess of Windsor--as they jumped in the air. His photograph of Dali with a cat, canvas, and water all suspended in midair is one of the most famous images of the painter. Halsman`s contributions to the art of portraiture are innumerable, and his photographs will forever remain the defining images of mid-century American popular culture. 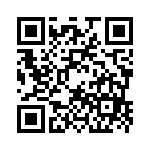