Gregory Rogers was an Australian author and illustrator. He studied fine art at the Queensland College of Art and worked as a graphic designer after completing his studies. He was the first Australian to receive the Carnegie Medal, for Libby Hathornżs Way Home. Rogers was best known in the United States for his book, The Boy, the Bear, the Baron, the Bard, which was a New York Times Best Illustrated Book and a Publishers Weekly Best Book of the Year. Rogers died of stomach cancer in Brisbane on May 1. He was 55. 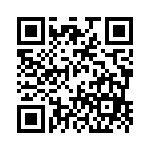