Richard D. Wetzel is Professor of Music History and Literature and Chair of Graduate Studies in the School of Music of Ohio University. He holds a Ph.D. in Musicology from the University of Pittsburgh where he studied under Denes Bartha, Theodore Finney and Robert Snow. Wetzel also studied with Roland Leich, Nicolai Lopatnikoff and Robert Newell (composition) and Joseph Esposito (piano), and holds active memberships in ASCAP, The American Musicological Society; The Society for American Music. 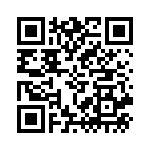