This was a really informative look at the early days of Christianity. The Gnostic teachings were similar to Buddhist teachings, in that they felt that the divine was within each individual, and could ... Read full review

A very interesting read. Though the information is somewhat dated now, this work sheds light on the diversity found in the early christian community based on translations of texts found at Nag-Hammadi ... Read full review

Elaine Pagels is the Harrington Spear Paine Professor of Religion at Princeton University. She is the recipient of a MacArthur Fellowship best known for her studies and writing on the Gnostic Gospels. Pagels graduated from Stanford University receiving a B.A. in 1964 and an M.A. in 1965. She received a Ph.D in religion from Harvard University in 1970. She is the author of The Gnostic Gospels (1979), which won the National Book Award (Religion 1980) and the National Book Critics Circle Award (Criticism 1979). Pagels is also the author of Adam, Eve and the Serpent (1988), The Origin of Satan (1995), Beyond Belief: The Secret Gospel of Thomas (2003), Reading Judas: The Gospel of Judas and the Shaping of Christianity (2007), and Revelations: Visions, Prophecy, and Politics in the Book of Revelation (2012). 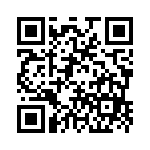