Although the late Roland Barthes says at one point here that he does not like giving interviews, this volume contains 39 of them—and still others, according to an editorial note, may also have taken ... Read full review

Roland Barthes (1915–1980) was born in Normandy, raised in Paris, and was educated at the Sorbonne and Centre national de la recherche scientifique. His first book, Mythologies, about myths in popular culture, was published in 1957. He was a central figure in schools of theory including structuralism, semiotics, existentialism, social theory, Marxism, and post-structuralism. His works include S/Z, Camera Lucida, and the essay "The Death of the Author." Northwestern University Press is reissuing Barthes’s New Critical Essays this season as well.

Linda Coverdale is an award=winning translator of more than fifty books. In 2001, the French government awarder her the title of Chevalier dans l'Ordre des Arts et des Lettres. 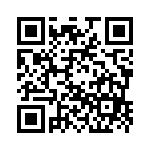