Kenneth Pomeranz is Professor of History at the University of California, Irvine. He is author of The Making of a Hinterland: State, Society, and Economy in Inland North China, 1853-1937, which won the John King Fairbank Prize from the American Historical Association, and coauthor (with Steven Topik) of The World that Trade Created. 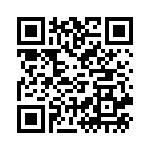