Tales from the oral tradition of Afghanistan, a land where "memories are not made of air and light and colour [but]...of iron and stone"; in this collection, the stories vary in tone from the homely ... Read full review

Najaf Mazari was born in 1971 in a small village near Mazar-e-Sharif in northern Afghanistan. He left school at age twelve, and apprenticed himself to a master rugmaker. He fled Afghanistan in 2001 in order to escape torture and the genocide of Hazara men and boys in Mazar-e-Sharif carried out by the Taliban. He eventually settled in Australia where he now owns a rug shop, selling traditional Afghan rugs. In April 2007, he was granted Australian citizenship. His memoir, The Rugmaker of Mazar-e-Sharif, was written with Robert Hillman. 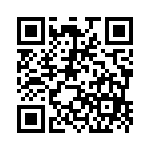