Susan S. Fainstein is Professor of Urban Planning in the Graduate School of Design at Harvard University. She is the author of The City Builders and coauthor of Restructuring the City and Urban Political Movements. 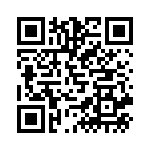