Colin Thiele grew up on a farm in Australia. During his childhood there were not many books available, but at the little bush school that he attended, there was a box that had about twenty books in it. This was the school's library and Thiele's first glimpse into the world he would later join. When Colin was eleven he wrote a long novel about pirates and buried treasure, but burned the story a few years later. It was the beginning of a career. Thiele has published over 100 books in his writing career, including multi award-winning Storm Boy and Blue Fin, and Landslide. Fifteen years after Storm Boy was published it was made into a movie. In his long career Thiele has won many Australian and international awards, including the Netherlands Award of the Silver Pencil, Miles Franklin Award, Mystery Writers of Americas Inc, the Austrian State Prize for Children's Books (twice), and numerous Children's Book Council of Australia Awards. Thiele's other awards include the Special Award at the NSW Premier's Literacy Awards 1997, and the Dromkeen Medal in 1998. Thiele is one of Australia's most distinguished writers for young people, and has been a leading Australian award-winning author for more than forty years. He is one of this country's most prolific and versatile writers. 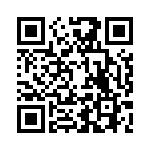