Laurie Collier Hillstrom is an independent scholar based in Brighton, Michigan. She is author or editor of more than 40 books in the areas of American history, biography, and current events. 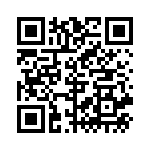