John Howard writes competently and authoritatively about his favourite PM. His own politics intrude less often than one might expect, and that's creditable. But it's still a textbook. The sort of book ... Read full review

John Howard was Australia's 25th Prime Minister and our second longest serving PM. After a meteoric rise to become Treasurer at 38, the self-described economic radical and social conservative was sidelined. Years later, Howard bounced back to lead the Coalition to a resounding victory. 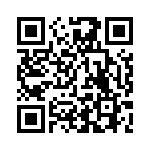