There are always two sides to a story. One can argue about justification all they want but in the end facts are facts and cannot be denied. The Myth of German Villainy brings forth many facts that rarely see the light of day. Inconvenient facts. Not every Jew was innocent. Not every Communist was innocent. The International Jews declared war on Germany in 1933. Prominent Jews had been quoted as early as 1933 that although Germany may not want war the Jews will force it upon them. Those are facts. Does it justify the death of Jews later? Nobody says it does, but certainly the Jews have blood on there hands when their leaders demand war. Hitler was eager to send all Jews in the Ghetto to Madagascar but the British blocked that from happening. How many Jews would have been saved had Hitler been able to send them elsewhere as he tried time and again, but the stubbornness of British and American leadership forced Hitlers hand and did not allow the Jews to go to Madagascar. America and Britain bombers and fighters were told to target farms and roads to help starve out the German people. How do you feed prisoners when you can't even feed your own military or civilians due to the allies policy. Red Cross finds that majority of deaths in concentration camps are from typhoid. These are inconvenient facts. We all know the other horrific facts we learned in school. Always two sides to a story and in the end all one can see is the extreme tragedy of war. Jews suffered, British, Poles, Soviets, French, American, and yes Germans too. In the end everyone lost because of WWII.

This is am excellent read. With everything going on in society today, I can see the parallels with jewish power and propaganda in America. It certainly helps illustrate WHY Hitler hated the jews so much. A subject avoided by every so-called history academic in the universities. As if the Germans had some kind of irrational fear, while America rounded up the Japanese within our country in the same manner. Most jews died of typhus in the camps, and the starvation was due to US and British bombing of German logistics.
The other reviews on this page prove jews are self righteous hypocrits that will do anything to avoid criticism and get emotionally reactive any time the reality they want is challenged. No race is innocent, shlomo.
The jews are 100% responsible for bolshevism. A truly heinous crime, worse than king Leopold in the Congo and the holohoax combined. You know in your hearts it's true. Repent, like have.

Benton L. Bradberry served as an officer and aviator in the U.S. Navy from 1955 to 1977, from near the beginning of the Cold War to near its end. His generation was inundated with anti-German propaganda and “Holocaust” lore. Then, in his role as a naval officer and pilot, he was immersed in anti-Communist propaganda and the war psychosis of the Cold War era. He has had a life-long fascination with the history of this period and has read deeply into all aspects of it. He also saw much of Europe during his Navy years and has travelled widely in Europe since. A natural skeptic, he long ago began to doubt that the “propaganda” told the whole story. He has spent years researching “the other side of the story” and has now written a book about it. The author is a graduate of the Naval Post Graduate School in Monterey, California with a degree in Political Science and International Relations. 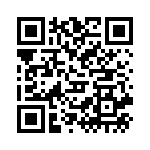