It was a well written book which draws the reader into a world of Patrons and Indians as the social order is collapsing. I, however, found it unpleasant and irritating to read because all actions were ... Read full review

I started reading this, and thought Wow, Yes: 'the wind of one of the nine guardians of your people' the Indian nanny says to the little girl. Then it starts to get dark, sinister, threatening as ... Read full review

Rosaroio Castellanos always enjoyed a comfortable middle-class existence; yet she early emerged in her writing as an eloquent spokesperson for the feminist movements that began to gain currency in the 1950s. But Castellanos moved beyond feminist concerns of her own class to speak for marginal or subaltern Mexican women, most significantly for the indigenous women whom the culture had mythified, stereotyped, or simply overlooked. Castellanos was especially successful in thematizing the multileveled, conflictual relationships between indigenous and middle-class women. The Nine Guardians (1957) is autobiographical in nature, drawing on childhood memories of Castellanos's contacts in southeast Mexico, near the Guatemalan border, with indigenous society. Other novels deal in complex and innovative ways with the roles of indigenous culture and of women in contemporary Mexican society. Castellanos published numerous volumes of poetry, and her drama The Eternal Feminine included a Rosario Castellanos Reader (1975), is considered one of the most innovative and influential feminist texts in Latin American literature. Castellanos, who also produced a steady output of perceptive essays, was Mexico's ambassador to Israel While she was ambassador, Castellanos died in Israel having been accidentally electrocuted. 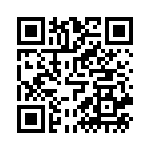