Julie Thompson Klein is Professor of Humanities at Wayne University and has been a Visiting Professor in Japan, Fulbright Professor in Nepal, Distinguished Visitor at the University of Auckland/New Zealand, and Senior Fellow at the Association of American Colleges & Universities. Klein is an internationally recognized expert on interdisciplinarity and teaches interdisciplinary humanities, American cultural studies, and digital humanities. She received the Kenneth Boulding Award for outstanding scholarship on interdisciplinarity and the Ramamoorthy & Yeh Transdisciplinary Distinguished Achievement Award. She has lectured throughout North America, Europe, Latin America, and the South Pacific, served on national task forces, and advised public and private agencies. She has written and edited several books.

Carl Mitcham is Professor of Liberal Arts and International Studies and Director of the Hennebach Program in Humanities at the Colorado School of Mines. He is also a faculty member of the European Graduate School and has held visiting appointments in Spain and the Netherlands. His major publications include Thinking through Technology: The Path between Engineering and Philosophy (1994) and the four volume Encyclopedia of Science, Technology, and Ethics (2005). 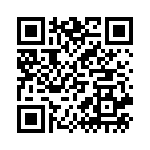