Jennifer L. McMahon, associate professor and chair of the English and Languages Department at East Central University, is a contributor to The Philosophy of TV Noir, The Philosophy of Martin Scorsese, and The Simpsons and Philosophy. She lives in Stratford, Oklahoma. B. Steve Csaki was most recently a visiting professor at Centre College, where he taughtcourses in philosophy, the humanities, and Japanese. He lives in Stratford, Oklahoma. 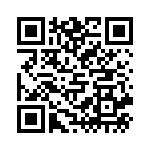