This is the story of eight English kings during the colorful High Middle Ages. It's a good introduction, but limited by the lengh of time covered, necessitating brief coverage of many topics, despite ... Read full review

"Fair cousin, since it pleases you, it pleases us well," said Richard. Then he formally surrendered himself to his cousin. He and Salisbury were given two very poor horses to ride, and they set out ... Read full review

Dan Jones took a first in History from Pembroke College, Cambridge in 2002. He is an award-winning journalist and a pioneer of the resurgence of interest in medieval history. His first book on the Peasant’s Revolt received widespread critical acclaim. This is his second book. He lives in London. 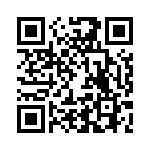