Gary Snyder was part of the beat generation, but unlike his contemporaries who gravitated more towards fiction, throughout his life, he wrote poetry and essays reflecting on nature, and has worked as ... Read full review

Both a poet and a philosopher, Snyder has proved to be a find and a keeper! Starting into poerty in the 1950's Beatnik Movement, Snyder, in the '60s, studied Zen-Buddism for several years in Japan and ... Read full review

Gary Snyder was born in San Francisco and received a B.A. in anthropology at Reed College. He attended Indiana University and pursued the study of oriental languages at the University of California at Berkeley. When he was 18, he shipped out of New York as a sailor. He later worked as a logger and forest lookout in Oregon, Washington, and California. Before moving to Japan to study in a Zen monastery under a Bollingen Foundation grant, Snyder worked on an American tanker in the Persian Gulf and South Pacific Islands, then spent four months in India (1961--62). Snyder is one of the most famous Beat poets, along with Allen Ginsberg and Gregory Corso. He is the most controlled and concise of that school; yet his adventurous life has given his verse a unique range of subject and feeling. Close to nature since childhood, he also is the most widely known poet of the ecology movement. Often his poems have a Zen-like stillness and sharpness of perception, which serves to define the connective web between humanity and the natural universe. Snyder is deeply interested in the American Indian and the idea of the tribe as an alternative to modern culture, or at least an example for modern culture. Besides receiving the first Zen Institute of America Award in 1956, Snyder was the recipient of an American Academy of Arts and Sciences poetry prize in 1966. His essays, Earth House Hold (1969), composed of journal notes and diary excerpts, have become a classsic in the underground ecology movement. 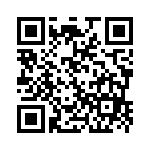