Robert J. Gordon is professor in social sciences at Northwestern University. His books include Productivity Growth, Inflation, and Unemployment and Macroeconomics. Gordon was included in the 2016 Bloomberg list of the nation's most influential thinkers. 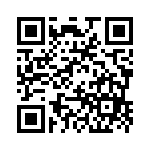