Michael Renov, Professor of Critical Studies and Vice Dean for Academic Affairs, is the author of Hollywood's Wartime Woman: Representation and Ideology and The Subject of Documentary, editor of Theorizing Documentary, and co-editor of Resolutions: Contemporary Video Practices, Collecting Visible Evidence, The SAGE Handbook of Film Studies and Cinema's Alchemist: The Films of Peter Forgacs. In 1993, Renov co-founded Visible Evidence, a series of international and highly interdisciplinary documentary studies conferences that have, to date, been held on four continents. He is one of three general editors for the Visible Evidence book series at the University of Minnesota Press, which has published 25 volumes on various aspects of nonfiction media since 1997. In 2005, he co-programmed the 51st annual Robert Flaherty Seminar, a week-long gathering of documentary filmmakers, curators and educators, creating 20 screening programs and filmmaker dialogues on the theme "Cinema and History." In addition to curating documentary programs around the world, he has served as a jury member at documentary festivals including Sundance, Silverdocs, the Buenos Aires International Independent Film Festival, Brazil's It's All True and the International Environmental Festival of Film and Video, also in Brazil. He has taught graduate seminars at the University of Stockholm and Tel Aviv University and has led documentary workshops in Jordan for the Royal Film Commission and in Cyprus. Renov's teaching and research interests include documentary theory, autobiography in film and video, video art and activism and representations of the Holocaust. 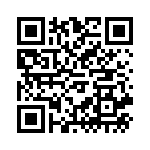