Rajesh Rai is Assistant Professor at the South Asian Studies Programme, National University of Singapore. His research interests are in the fields of diaspora studies and transnational identities, nationalism and the post-colonial history and politics of South Asia. He is assistant editor of The Encyclopedia of the Indian Diaspora (2006), and has published several articles on various aspects of the South Asian Diaspora particularly in Southeast Asia. 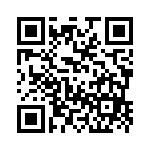