THE STRANGE DEATH OF LIBERAL ENGLAND

Brilliantly clear, dryly humorous and surprisingly readable, is this lucid, masterly history of political England from 1910 to the outbreak of the war. A parallel book to The Road to War — sell to ... Read full review

The late George Dangerfield wrote widely on both English and American History; he received both the Pulitzer Prize and the Bancroft Prize for The Era of Good Feelings. Among his other books are The Bengal Mutiny, Victoria's Heir: The Education of a Prince, The Awakening of American Nationalism, 1815-1828, and The Damnable Question: A Study in Anglo-Irish Relations. 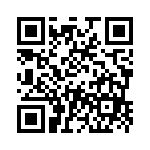