The Iliad and The Odyssey have been on my to-read list for several years, ever since I read a portion of The Odyssey in my high school freshman English class. While I am well-versed in the happenings ... Read full review

Roger Green (Author)
Roger Lancelyn Green was born in 1918. He loved storytelling and was fascinated by traditional fairy tales, myths and legends from around the world. His retellings include Egyptian, Greek and Norse legends, plus a retelling of Robin Hood. He died in 1987.

Michelle Paver (Introducer)
Michelle Paver was born in Malawi in 1960 and moved to England when she was three. After gaining a degree in biochemistry from Oxford, she became a partner in a City law firm, but gave that up to write full-time. To research her stories about animals and the distant past, she has travelled in the Arctic, the Mediterranean and Egypt, swum with dolphins and killer whales, and encountered bears, boars and wolves. She is the author of the internationally bestselling Chronicles of Ancient Darkness, the final book of which won the 2010 Guardian Children's Fiction Prize. 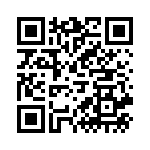