WERE YOU AWARE: That hysteria means "womb disease?" That"Susan B Anthony is said to have regarded male behavior at sports events as evidence that men were too emotional to be allowed to vote?" Or ... Read full review

This well researched little gem soon makes it apparent with its discussion of such things as devices for treating sexual frustration in medeaval nuns, the development of steam powered and clockwork ... Read full review

Rachel P. Maines is an independent scholar and a technical processing assistant at Cornell University's Hotel School Library. She is also the author of numerous articles in scholarly and popular publications. 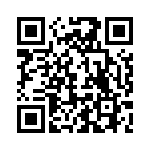