Page 389 - There's no use trying,' she said: 'one CAN'T believe impossible things.' 'I daresay you haven't had much practice,' said the Queen. 'When I was your age, I always did it for half-an-hour a day. Why, sometimes I've believed as many as six impossible things before breakfast.
Appears in 449 books from 1897-2008

Born in 1943, Richard A. Epstein graduated from Columbia in 1964 with a degree in philosophy. He continued his education at Oxford, earning a B.A. in law in 1966, and from there attended Yale, where he received an LL.B. in 1968. Following graduation Epstein joined the faculty at the University of Southern California, teaching there until 1972. He became a regular member of the faculty at the University of Chicago in 1973, where he was named James Parker Hall Professor in 1982 and Distinguished Service Professor in 1988. Richard Epstein writes extensively concerning the law. His works include Simple Rules for a Complex World (1995), Bargaining with the State (1993) and Forbidden Grounds: The Case Against Employment Discrimination Laws (1992). 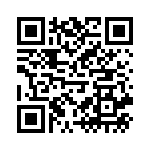