received her doctorate in political science from the Humboldt University Berlin, where she is currently conducting her post-doctoral research. Her research foci are qualitative methods, democratization, civil-military relations, coming to terms with the past, and international politics of the EU. 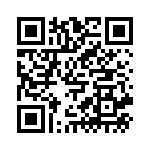