Jeff Maynard is an author and documentary maker. His books include Niagara's Gold, Divers in Time, and Wings of Ice . He is a former editor of Australian Motorcycle News, and retains a keen interest in classic motorcycles. He is a member of the Explorers Club and is on the board of the Historical Diving Society. Jeff continues to research Sir Hubert Wilkins and locate his records and artefacts in Australia, Europe, and the USA. Jeff lives in Melbourne with his wife, Zoe, and their family. 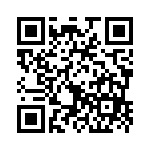