Henry Handel Richardson: January 3, 1870 - March 20, 1946 An expatriate writer, Henry Handel Richardson wrote one of Australia's classic works, The Fortunes of Richard Mahony (1917--1929). This was a pen name used by Ethel Florence Lindesay Richardson. The three novels that make up her trilogy, Australia Felix (1917), The Way Home (1925), and Ultima Thule (1929), unfold the saga of Richard Mahony, a character loosely based on Richardson's physician-father. The trilogy is often labeled---not always in a complimentary manner---as "naturalistic," a literary form not currently popular. In recent years, however, readers have begun to approach it in different ways. For example, feminist critics have called attention to the novels' strong women, who provide the strength for the new nation. The trilogy has also been examined as an incisive psychological study of failure revealed through the complex character of Mahony. The novels are so rich in texture that they can also be read as late nineteenth- and early twentieth-century social history, depicting as they do day-to-day life in the goldmining town of Balaraat and the colonial city of Melbourne. Richardson was born in Melbourne on January 3, 1870. At the age of 13, she became a boarder at the Presbyterian Ladies' College in Melbourne. The experiences there she later used as the basis for The Getting of Wisdom (1910), which was turned into a highly successful film that helped to revive interest in Richardson's work. After graduating from this preparatory school, she received a musical scholarship to provide for further training in Leipzig. Later Richardson would use her experiences in Germany as the basis of her first novel, Maurice Guest (1908). Richardson married a Scottish professor of German and settled in London, remaining there and in the English countryside until her death. She returned to Australia only once or twice after her departure as a young girl; but in her imagination she must have gone back many times. In recognition of her literary achievements, Richardson was awarded the Australian Gold Medal and the King George Jubilee Medal. Richardson died of cancer on 20 March 1946 in Hastings, East Sussex, England. Her cremated remains were scattered by her wish with her husband's at sea. 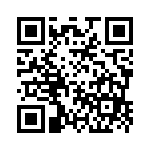