The author essentially tries to build a model of the brain, in which the various states of consciousness correspond with various configurations of neurons within the brain. This does seem convincing ... Read full review

THE PRIVATE LIFE OF THE BRAIN: Emotions, Consciousness, and the Secret of the Self

A neuroscientist's musings on how physiology and experience interact and intertwine to define an individual. Greenfield (The Human Brain, not reviewed) mounts a strong argument that to understand the ... Read full review

SUSAN GREENFIELD, M.A., D.Phil., D.Sc., C.B.E., is the first female director of Britain’s Royal Institution, which was established in 1799 to "diffuse science for common purposes of life." She is also a Fellow of Lincoln College and Professor of Pharmacology at Oxford University, where she conducts research into the causes of Parkinson’s and Alzheimer’s diseases. Her previous books include Journey to the Centers of the Mind: Toward a Science of Consciousness, The Human Mind Explained, and The Human Brain: A Guided Tour, which has been translated into fourteen languages. 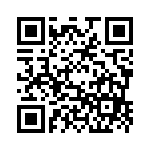