In this book, Weimann and Winn deconstruct terrorism and seek to examine these acts as symbolic events, staged to attract the attention of a global audience. The book provides both an interesting and logical explanation of how the pervasive interplay of media and terrorism has developed through advancements in technology. Altough the book is somewhat dated, its findings are not exaggerated and are relevant to the current state of terrorism in both the media and political arena.
Reviewed by: MICHAEL DECAROLIS

Gabriel Weimann is a professor of communication at the University of Haifa, Israel, and a former senior fellow at USIP. A prolific analyst of terrorism and the mass media, his publications include over one hundred scientific articles and five books, among them "Communicating Unreality: Mass Media and Reconstruction of Realities" and "The Theater of Terror: The Mass Media and International Terrorism". Weimann has been a visiting professor at the University of Pennsylvania, Stanford University, Hofstra University, Lehigh University (USA), University of Mainz (Germany), Carleton University (Canada), and the National University of Singapore. He has received numerous grants and awards from organizations such as the Fulbright Foundation, the Canadian Israel Foundation, the Alexander von Humboldt Stiftung, the German National Research Foundation (D.F.G.), the Sasakawa Foundation, and USIP. 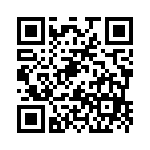