This book is a mixture of memoir and history of the Biafran War of 1967-1970, hence Achebe's description of it as a "personal history", an account of events from the perspective of himself and his ... Read full review

The pain and horror of the loss of his country pervade Chinua Achebe's personal and historical account of the Biafra War in Nigeria. FRIENDS: Ivory Coast, Gabon, Tanzania, Netherlands (?), MLK and ... Read full review

Chinua Achebe (1930–2013) was born in Nigeria. Widely considered to be the father of modern African literature, he is best known for his masterful African Trilogy, consisting of Things Fall Apart, Arrow of God, and No Longer at Ease. The trilogy tells the story of a single Nigerian community over three generations from first colonial contact to urban migration and the breakdown of traditional cultures. He is also the author of Anthills of the Savannah, A Man of the People, Girls at War and Other Stories, Home and Exile, Hopes and Impediments, Collected Poems, The Education of a British-Protected Child, Chike and the River, and There Was a Country. He was the David and Marianna Fisher University Professor and Professor of Africana Studies at Brown University and, for more than fifteen years, was the Charles P. Stevenson Jr. Professor of Languages and Literature at Bard College. Achebe was the recipient of the Nigerian National Merit Award, Nigeria’s highest award for intellectual achievement. In 2007, Achebe was awarded the Man Booker International Prize for lifetime achievement. 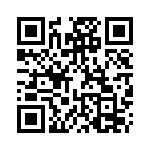