Tomas Tranströmer was born in Stockholm, Sweden on April 15, 1931. He was 23 years old when his debut work, Seventeen Poems, was published in 1954. He graduated from Stockholm University in 1956 and became a psychologist. He worked in state institutions with juvenile offenders, parole violators, and the disabled. He wrote more than 15 books during his lifetime including The Sorrow Gondola, The Half-Finished Heaven: The Best Poems of Tomas Tranströmer, Airmail: The Letters of Robert Bly and Tomas Tranströmer, Memories Look at Me, The Deleted World, and The Great Enigma: New and Collected Poems. He won numerous awards including the Neustadt International Prize for Literature, the Oevralids Prize, the Swedish Award from International Poetry Forum, the Lifetime Recognition Award given by the trustees of the Griffin Trust for Excellence in Poetry in 2007, and the Nobel Prize for Literature in 2011. He died on March 26, 2015 at the age of 83.

Robert Bly lives on a farm in his native state of Minnesota. He edited The Seventies magazine, which he founded as The Fifties and in the next decade called The Sixties. In 1966, with David Ray, he organized American Writers Against the Vietnam War. The Light Around the Body, which won the National Book Award in 1968, was strongly critical of the war in Vietnam and of American foreign policy. Since publication of Iron John: A Book About Men (1990), a response to the women's movement, Bly has been immensely popular, appearing on talk shows and advising men to retrieve their primitive masculinity through wildness. Bly is also a translator of Scandinavian literature, such as Twenty Poems of Tomas Transtromer. Through the Sixties Press and the Seventies Press, he introduced little-known European and South American poets to American readers. His magazines have been the center of a poetic movement involving the poets Donald Hall, Louis Simpson, and James Wright. 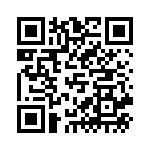