Evan Wilfred Reece is the second son of Baptist Missionaries Reverend Laurie Reece and Daisy Anne Silvester, born in 1941 in South Australia. He was a young child when his father undertook a camel trip into Warlpiri Country NW of Alice Springs in preparation for the establishment of a Baptist Mission in Central Australia. He then moved with his parents to Yuendumu where they decided to settle. He was a keen observer of his father's adventures and watched with interest the work he was doing later in life to try to piece together the history of the Mission. Rev Reece's materials were never published so Evan took it upon himself to collect, edit and annotate the records which remained in the family collection.

Laurie Reece AM was born in 1909 in Orange NSW. Before joining the Baptist Ministry he had been a grocer. He began training for the ministry in the late 1930s and in 1939 married Daisy Anne Silvester. Pastor and Mrs Reece began working with Aboriginal people with the United Aborigines Mission (UAM) in Swan Reach on the River Murray in SA. Their first son, David, was born in 1940 in Mannum SA but sadly died at two days of age. From 1942 to 1946 they were stationed at Terowie SA and it is from here that Laurie embarked on the 1944 journey that is the focus of this publication. In August 1946, the Baptist Home Mission Board appointed Rev Laurie Reece and Rev Phillip Steer as the first Baptist missionaries to the newly established government settlement of Yuendumu. Laurie and Daisy remained there until 1949. They then served in a Baptist Church in Cessnock, then New Lambton in Newcastle NSW, followed by a year in Oodnadatta at the UAM children's home. A government report at that time records that 'Mr. Reece is a competent builder as well as an ordained preacher'. Two years at the UAM Mission at Finniss Springs came next, after which they were called to the Baptist Church at Minlaton SA for 3 years and then to Gawler Baptist Church. In 1960 they were called to work at Warrabri (Ali Curung_Alekerenge). It was during his ten years here that Laurie spent time transcribing and annotating his 1944 Journal. Daisy's health then required them to move to the Alice Springs Baptist Church for some years. In 1970 they moved to the UAM Mission at Gerard on the River Murray where Daisy passed away and is buried with the Aborigines in the cemetery there. In 1976 Laurie was appointed a Member of the Order of Australia for service in the field of Aboriginal studies. He died in 1996 at the age of 87 and is buried with his wife. 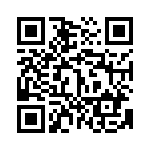