The Author: Christine Jacqueline Feldman received her Ph.D. in communication and a doctoral certificate in cultural studies from the University of Pittsburgh. A recipient of numerous scholarly accolades, she was a 2006-2007 German-American Fulbright Fellow at the Forschungsstelle für Zeitgeschichte in Hamburg. She is also the author of «Austin Powers: Reinventing the Myth of Mod Spies and Swingers» featured in the anthology Secret Agents: Popular Icons Beyond James Bond (Peter Lang, 2009). 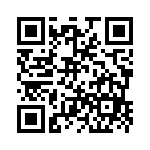