In When Species Meet, Donna J. Haraway asks two questions, “(1) Whom and what do I touch when I touch my dog? and (2) How is ‘becoming with’ a practice of becoming worldly?” (pg. 3). She examines the ... Read full review

"I am not a posthumanist; I am who I become with companion species, who and which make a mess out of categories in the making of kin and kind" (19). (she is, rather, "nonhumanist": see 92-93) "The ... Read full review

One of the founders of the posthumanities, Donna J. Haraway is professor in the History of Consciousness program at the University of California, Santa Cruz. Author of many books and widely read essays, including The Companion Species Manifesto: Dogs, People, and Significant Otherness and the now-classic essay “The Cyborg Manifesto,” she received the J. D. Bernal Prize in 2000, a lifetime achievement award from the Society for Social Studies in Science. 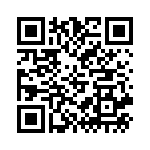