I was sickened by eye-witness accounts of the treatment of Leigh by a group of drunk and stoned school boys. They encircled her, drinking beer and simulated vomiting on her with it, as she lay, paralytically drunk, on the ground. Kicking her, only moderately hard and laughing as she lay moaning, running her fingers through her hair and unable to save her self from this degrading humiliation. She is temporarily rescued by some girls.
The boys did this as a result of her distressed complaints that she had been 'taken' by one of them in the adjacent sand dunes. There was blood on her crotch and she was loudly claiming that she was pregnant. So Leigh had already been raped once at this party. It would not be the last time, prior to her murder a short while later. Why was Leigh so drunk at fourteen? Where were her friends at the party? What they and Leigh didnt know was that she had been set up. There was a sordid plan by some of the boys to get her drunk and gang rape her. She never stood a chance, poor bugger.
Extensively researched by Carrington, "Who killed Leigh Leigh" is well written, even if the wording is a little heavy going at times. It reads like an essay, with many salient points about inept, corrupt police as well as boys, drugs and alcohol and sexual violence. It is saved from complete academic dryness, by the author's warmth when communicating with individual family and community members of Stockton. I confess that along with Carrington herself, I too am disappointed that she backed away from an opportunity to receive Webster's 'honest' confession and so far he alone has taken the rap for Leigh's murder (but not rape). Finally, I dont believe that this male "....surfie youth sub-culture, and their objectification of women as little more than sex objects." is confined to Stockton, NSW, Australia, but the township, during the incident and the following investigations provided a fine example of it. 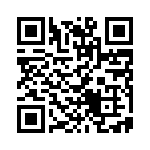