Hirsch has written many books at this point, but this one deserves a special place for the detailed analysis of French schools. French public schooling has done an about face in recent decades, and ... Read full review

Why Knowledge Matters: Rescuing Our Children from Failed Educational Theories

Hirsch (Cultural Literacy), founder of the Core Knowledge Foundation, assesses recent reports on education in the U.S. and abroad to reaffirm his career-long crusade for a coherent, cumulative, and ... Read full review

E. D. Hirsch, Jr., is the author of numerous books, including the bestsellers Cultural Literacy and The Dictionary of Cultural Literacy (both Houghton Mifflin). Other books by Hirsch on related subjects are A First Dictionary of Cultural Literacy (Mariner); the Core Knowledge Sequence, What Your [First Through Sixth] Grader Needs to Know (Doubleday); The Schools We Need and Why We Don’t Have Them (Anchor); and most recently, The Making of Americans (Yale University Press). These works have influenced recent educational thought and practice in the United States and other countries.

Hirsch is a graduate of Cornell University, and holds master’s and doctoral degrees from Yale University. He began his teaching career at Yale, specializing in Romantic Poetry and Literary Theory, and in 1966 became Professor of English at the University of Virginia, where he served twice as chairman of his department. Before his retirement in 2000 he held the position of University Professor of Education and Humanities. In 1977, he was elected to the American Academy of Arts and Sciences and in 1997 to the International Academy of Education. He is the recipient of several honorary degrees, has been a Fulbright and a Guggenheim fellow, a fellow of the Center for Advanced Study in the Behavioral Sciences at Stanford University, a Humanities fellow at Princeton University, a fellow at the Australian National University, and an honoree of the Royal Dutch Academy and of the National Academy in Rome. He received the biennial QuEST award of the American Federation of Teachers in 1997, and the Fordham Award for Valor in Education in 2003. In 2012, the Education Commission of the States presented Hirsch with the Conant Award for “Outstanding Contributions to American Education.” He has served on many advisory boards, including the National Council on Educational Research.

Hirsch is founder of the nonprofit Core Knowledge Foundation, an organization that continues to advise and help schools, with over one thousand Core Knowledge schools in forty-seven states and abroad. 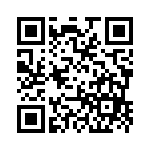