Wiradjuri Places
Volume 1: The Murrumbidgee River Basin with a section on Ngunawal countryVolume 2: The Lachlan River Basin
Volume 3: The Macquarie River Basin and some places revisited
This is a thematic regional historical archaeology. It documents Aboriginal camps and missions dating from 1870 to 1970, situated in the former Wiradjuri language region (central western NSW). Its new approach draws out correlations between written, oral and archaeological evidence. Published as three books, each covering a different river area of NSW.
Extract of Robert Willson’s review in the Canberra Times, “Fragments of a heritage”:
On the peaceful Murrumbidgee near Narrandera there are two places with names hinting at a bloody past. One is poisoned Waterholes Creek and the other is Massacre Island.
The traditions of these places are recorded in the Murrumbidgee volume of Wiradjuri Places. In 1995 Ossie Ingram recalled an account given to him by an old man in the 1930s of what had happened there a century before. Near Buckingbong homestead several groups of Aboriginal families used to camp. The station owner poured drums of poison into a big waterhole called Green Swamp and many people died. Other families heard about this and cleared out to a place called Duck Bend. They camped on the island but a boundary rider spotted smoke from the kangaroo grass there and reported it to the boss. The station boss got the men together and they rode to the bend of the river where the island was, and they shot the whole group except for one man. The one survivor got a reed into his mouth and used it to breathe while he swam down the river with it. He bypassed all the places that he knew and finally collapsed at Benerembah station. The station owner’s daughter cared for him until he recovered, fell in love with him and married him.
Too romantic to be believed? Strange things happened on the frontiers of settlement. Neville Lyons of Narrandera gives another version of the same tale about Poisoned Waterholes Creek. No contemporary record has come to light, but the Aboriginal oral tradition is very strong. In western NSW the 1830s was a period of frontier violence and Aboriginal resistance called “The Wiradjuri War”.
Wiradjuri Places consists of three volumes which describe in vivid detail the surviving fragments of the Aboriginal heritage of the three great river basins of the area: Murrumbidgee, the Lachlan and the Macquarie. Dr Kabaila uses his skills to research and record the Aboriginal heritage of the vast Wiradjuri language region which includes much of inland central NSW. Personal recollections are contributed by a large number of members of the Aboriginal community. Emeritus Professor Isabel McBryde is the technical referee for the work.
I was born in the centre of Wiradjuri country at Orange, and I have lived much of my life in the area. Yet these books record an Australian history, an Australian culture, that I scarcely knew existed. The author presents us with the published record of a massive fieldwork study in what was the forgotten history of Australia. Every known Aboriginal settlement in the area has been mapped and recorded, artefacts sketched, oral traditions preserved, and photographs identified. These books record a dark period in the Aboriginal history of NSW. Yet the record will be of inestimable value to future generations.
Vol 1: 144 pages A4 size incl. 75 pages of photos, illustrations and maps. ISBN 0 646 36091 4
Vol 2: 108 pages A4 size incl. 62 pages of photos, illustrations and maps. ISBN 0 646 29205 6
Vol 3: 112 pages A4 size incl. 51 pages of photos, illustrations and maps. ISBN 0 646 29206 4

Peter Rimas Kabaila did write this book but many of the pictures and records are taken from the Archives in Canberra, these books are written without consultation of the people to who'm the books are written about, there are many discrepencies in the writing of the books as one person in particular in Lachlan Basin edition "Elsie Swan" who was born Elsie Grant to Mable Hughes (daughter of Chritina Glass and William Hughes) and Richard Grant is written as being a Dunn family member, when in fact, she only resided with Allan Dunn having children to him but was Married to Arthur Swan and had children to him also, there are misdirections in part of the volumes but some interesting literature overall.
There are many Books written about the Wiradjuri peoples But none are written in consultation of many of the elders eg: Stan Grant Snr who is a teacher of Wiradjuri Culture and Language father to Stan Grant Jr Author of "Tears of a Stanger",his cousin Doreen Gannon daughter of Mable and Richard Grant, Mother to Ronald Terence Gannon Wiradjuri Language and Culture teacher Brother to my wife Margaret.
There is much history out there for those who wish to write it correctly, seek the source who has the truth and you will be amazed.
Many of the elders are at an age with little time left to tell their tales, many have surpassed already, only those of the young who have paid attention can pass on the truth.
corrievalle@gmail.com 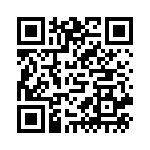