Great little book. Very inspiring. I bought to give to relatives for Christmas and birthdays. Several had passed them around at church and they all thought it was a great little book. Easy to read. Read full review

What a touching allegory about the way Christ loves us! I recommend it for those who are struggling with Christ's love & acceptance in their life. It makes His love for us so much more real. Excellently written. Read full review

Kay Arthur is a four-time Gold Medallion award-winning author, member of NRB Hall of Fame, and beloved international Bible teacher. She reaches more than 80 million people daily through radio, TV, and the Internet as the featured teacher on Precepts for Life. She and her husband, Jack, founded Precept Ministries International, which teaches people in 165 countries and nearly 75 languages how to discover truth for themselves. Kay's heart is for adults and children to know and love God's Word. 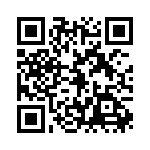