“World on Fire” is one of the most useful and interesting books I have read in a while. It provides information on who “market dominant minorities” in various corners of the world are and how they ... Read full review

March 18, 2004 I bought this on impulse, from Amazon, after I saw the author's interview with Brian Lamb on a Booknotes rerun. She was an insightful, generous, thinking human being, who, with vast ... Read full review

Amy Chua is a professor at Yale Law School. She lives in New Haven, Connecticut. 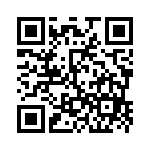