He holds a black belt in Wado-ryu karate, one of four traditional styles from Japan that incorporates both karate and jiujitsu. He has trained in martial arts for 14 years, also dabbling in other styles like Goju-ryu and Shuai Jiao (traditional Chinese wrestling). Like his main character, Mark himself has used his training to overcome some very difficult experiences in his life, including a near fatal accident.

His writing began when his children asked ‘tell us a made-up story, Dad!’ He wrote avidly to keep up with their demand, always with the goal of transporting them to an entirely new and exciting world. Mark is also a member of the Australian Society of Authors.

His first book in the Goringas series encourages imaginative thought, confidence and self-esteem through relatable characters and all-too-familiar bullying scenarios. 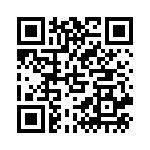