David Reiter is an award-winning poet, writer of prose, and transmedia artist. His book, Hemingway in Spain and Selected Poems, was shortlisted for the Adelaide Festival Awards and was made into a film. The Cave After Saltwater Tide (Penguin) won the Queensland Premier’s Poetry Award. He won the 2012 Western Australian Premier’s Award for his digital narrative My Planets Reunion Memoir and was shortlisted in 2011 for Nullarbor Song Cycle.

A recipient of several grants from the Australia Council and Arts Queensland, David has been artist-in-residence at places such Bundanon (the Arthur Boyd property), the Michael King Centre (New Zealand), the Katharine Susannah Prichard Centre (Perth) and the Banff Centre for the Arts (Canada).

This second edition of The Snow in Us is a remix of the first edition published by Five Islands Press, marking 25 years since his first title was published in 1989 – a quarter century of accomplishment across several genres. 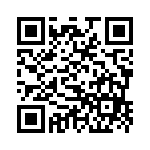