Frontier Defiant is the third book in the Frontier series by Australian author, Leonie Rogers. It follows on directly from Frontier Resistance. The Scouts and Cadets were mourning a casualty of their raid on the Garsal Colony Ship. They had succeeded in destroying Garsal communication with the rest of the galaxy, but Shanna and her team understood this would not be the last of their number to die in what promised to be a fierce battle.
Shanna was relieved to know her family was safe; others had not been so fortunate. As soon as they had rested and recovered, intensive training with a retired Scout recalled to duty began, and the Cadets were stunned to discover that, together with their starcats, they have the ability to become such a close team as they could never have imagined.
Meanwhile, the Garsal Overlord, furious at having underestimated the strength, tactics and abilities of this planet’s humans, orders a series of air and ground assaults on the plateau settlements to demoralise them. He demands that one of the humans be captured so he can learn more of their resistance.
He is advised that sentries are being picked off by a mostly-invisible feline, and his suspicions that the Garsal’s old enemy, the Starlyne, are present on the planet, are confirmed: this might just be his chance to excel, if he can eradicate them. The Garsal Matriarch, though, seems to have her own agenda…
Then a shock development sees Shanna and her team asked to pledge their loyalty: “Can you set aside your family ties? Can you focus yourself only on what we do, knowing that if we fail it is likely that our world will fall to the Garsal?”
Soon, the now-Second Year Scouts join Patrol 10 in a mission to free the humans held captive by the Garsal, and learn what they can to overcome the Garsal threat. This requires avoidance of Garsal weapons and breaching Garsal defences, but also facing the dangers posed by the planet’s inhospitable flora, fauna and weather systems.
What an excellent conclusion to this trilogy: plenty of action, characters discovering untapped reserves and hidden talents, an extremely satisfactory resolution and the starcats playing a very significant part in it all. Once again, addictive fantasy/sci-fi.

ORIGINALLY from Western Australia, Leonie now lives in NSW in the Upper Hunter. She is the author of Frontier Incursion, Frontier Resistance, and Frontier Defiant (YA Speculative Fiction) published by Hague Publishing, and also works part time as a physiotherapist. She dabbles in poetry, and has had a short story published in Antipodean SF, and another in the Novascapes 2 anthology.

She has a past life as a volunteer firefighter and SES member, and once trekked almost six hundred kilometres with eight camels and several other human beings.  She is married with two adult chil-dren, one dog and two cats, one of whom frequently handicaps her ability to use a laptop computer. 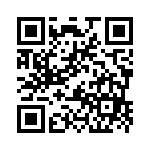