He served as Secretary General of the 2014 United Nations Day of Vesak in Vietnam and continues to hold a major role in UNDV 2019. He has published, edited, and translated many books in Buddhist studies and history. He has received many prestigious recognitions from the Government of Vietnam (the Third-Class Labor Order), from the Royalty of Cambodia (the General Order), and from the Government of India (the Padma Shri Order).

Most Ven. Dr. Thich Nhat Tu obtained his D.Phil., in Philosophy from Allahabad in 2002, is the Founder of Buddhism Today Foundation since 2000. He made valuable contribution as an editorial member of Hue Quang Encyclopedia of Buddhism (9 volumes, 1992-2007). He is editor-in-chief of the first ever audio Vietnamese Tripitaka, of the ongoing Vietnamese Tripitaka Translation project and Buddhism Today Series (over 250 books), as well as editor of more than two 200 CD albums on Buddhist music. He has authored more than 80 Vietnamese books on applied Buddhism. He has traveled extensively around the world to give public Dharma talks to Vietnamese communities in Vietnam, Canada, America, Australia, and Europe and has produced over 4,000 VCDs on various dharma topics.

Master Thich Nhat Tu now serves as Vice Rector of the Vietnam Buddhist University and Vice Chairman of the National Department of International Buddhist Affairs. Several universities conferred upon him the title of Doctor Honoris Causa in appreciation of his excellent contributions to Buddhist education, his works on Buddhist academic research and leadership in international Buddhist communities. He has received many recognitions, awards, and titles from the Government of Vietnam, Myanmar, Thailand, and Cambodia. 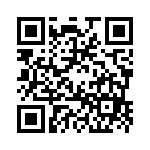